Skip to Content
Home Sardinia The Carnival in Sardinia: 8 events not to be missed

The Carnival celebrations in Sardinia can easily be called a “serious thing”.

The Carnival in Sardinia officially begins on January 16 with the firing of the bonfires in honor of Saint Anthony the Abbot in most of the villages of the island, to end, for the most part, on Shrove Tuesday. Exceptions are some villages that celebrate during Ash Wednesday and those that extend the exaltation of the celebrations up to the Pentolaccia, the following Sunday.

“Fat Thursday” is the day when the week of euphoria begins. In many squares of Sardinia (and of course in most Sardinian houses) you can eat fava beans and lard, a delicious and high-calorie dish typical of Carnival based on lard, sausages, pork, fava beans (chickpeas or other legumes in some variants), cabbage, wild fennel and Pane Fino (“flat bread”) dipped in the broth. A delight!

For those wishing to join the rhythm of the party, the route must be towards the center of Sardinia: in Gavoi for the Sortilla de Sos Tumbarinos. From the early afternoon, the streets of the beautiful barbaricino center come alive with people dressed in velvet trousers and black jackets. The face colored with black soot. Some wear undefined masks, but everyone carries particular musical instruments that will not stop playing even for a moment. A caravan of sounds, continuous and perpetual, that leads to an “other” dimension, that of the Carnival. 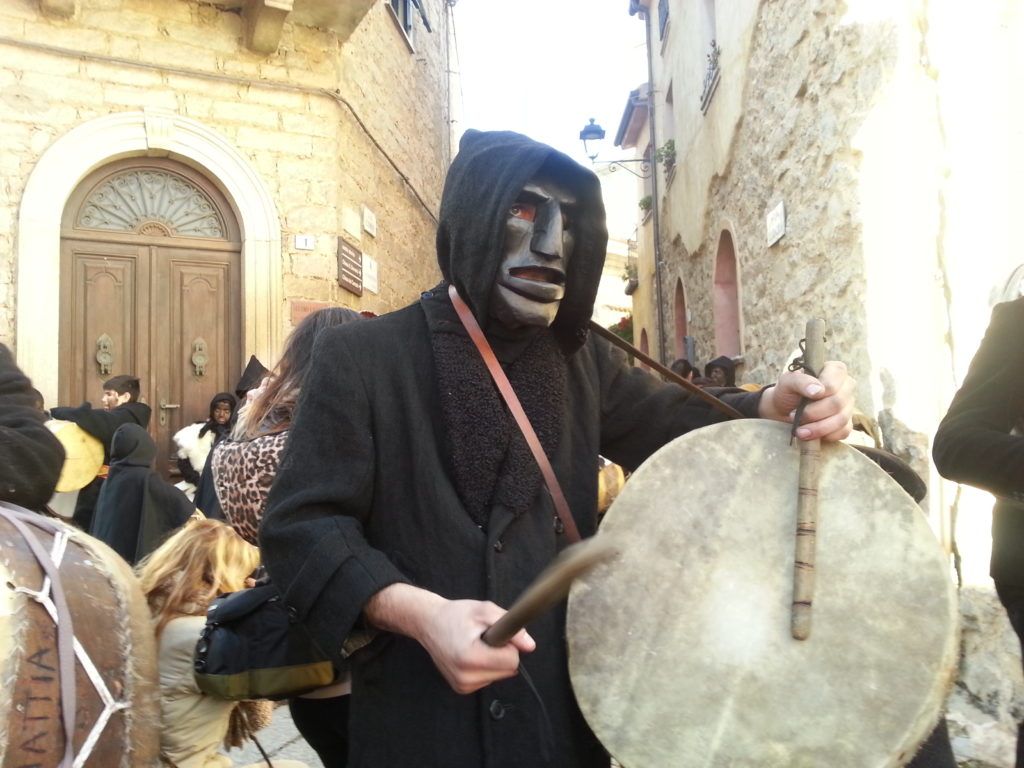 On Saturday afternoon do not miss the Su Battileddu rite in Lula, Nuoro. Here we relive the sacrifice of Su Battileddu, the idiot, the useless being of the village that was sacrificed to propitiate a year of fortune. The ritual has been recovered for some years and is very, very engaging, hard and suggestive. 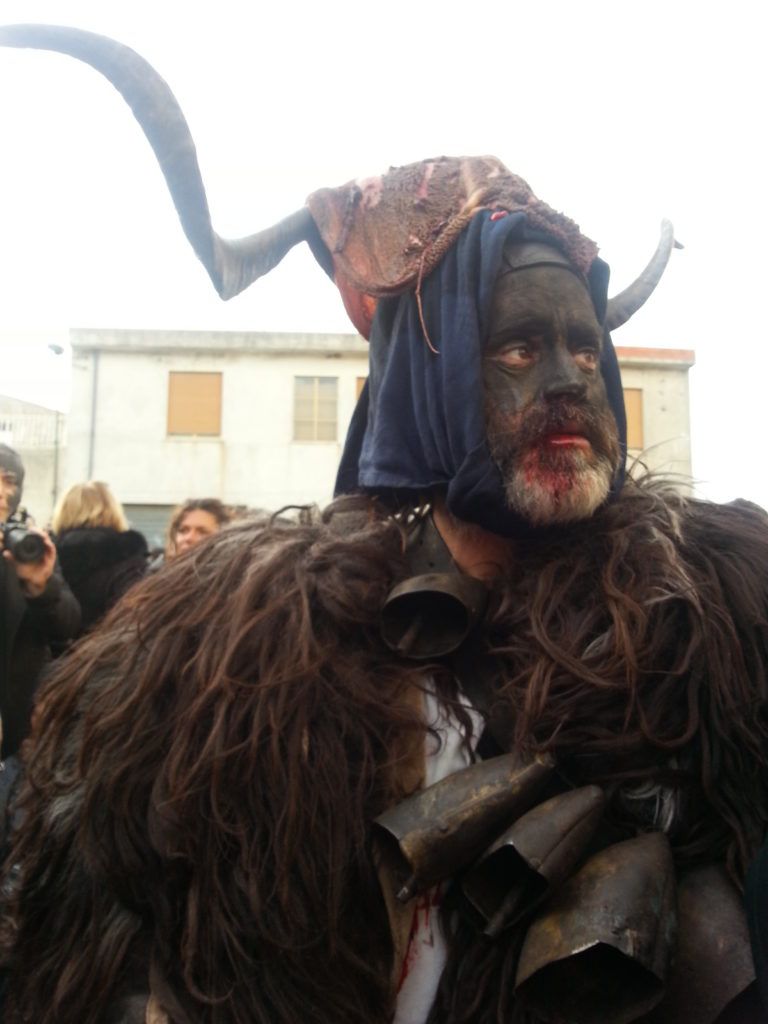 Sunday is the day to dedicate to the Sartiglia of Oristano led by the mythical and mysterious figure de su Componidori or the unbridled race, in the street of the town, by the knights of Sa Carrela ‘e nanti of Santulussurgiu. Two equestrian jousts very different from each other, but with great history and a lot of charm. 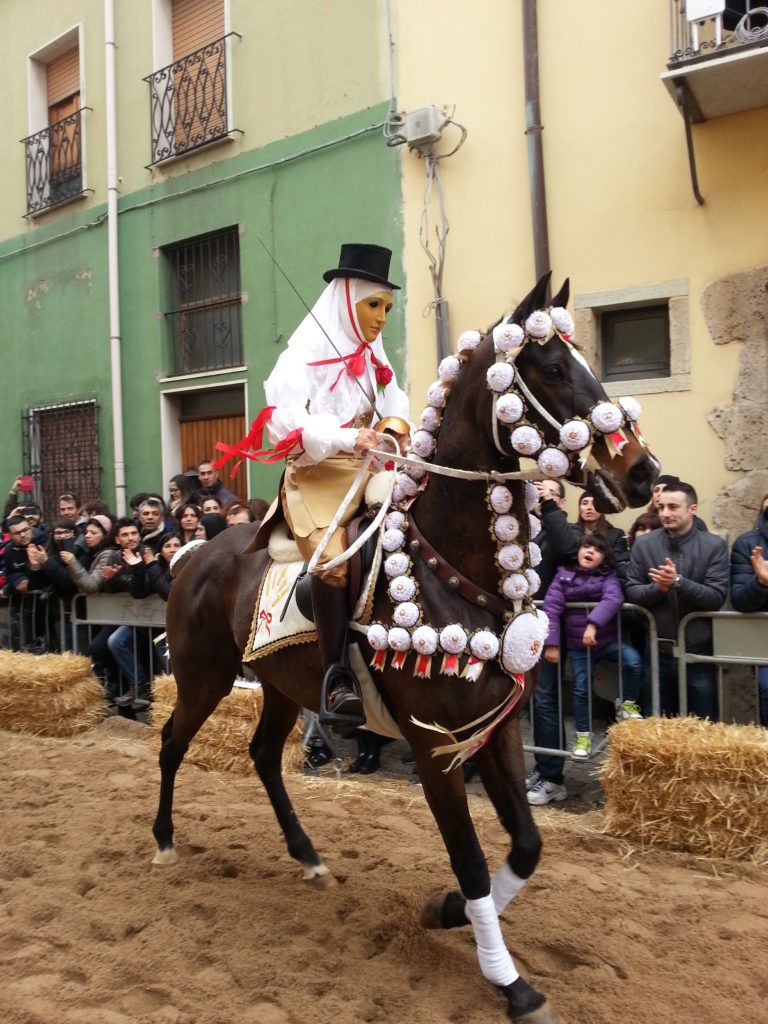 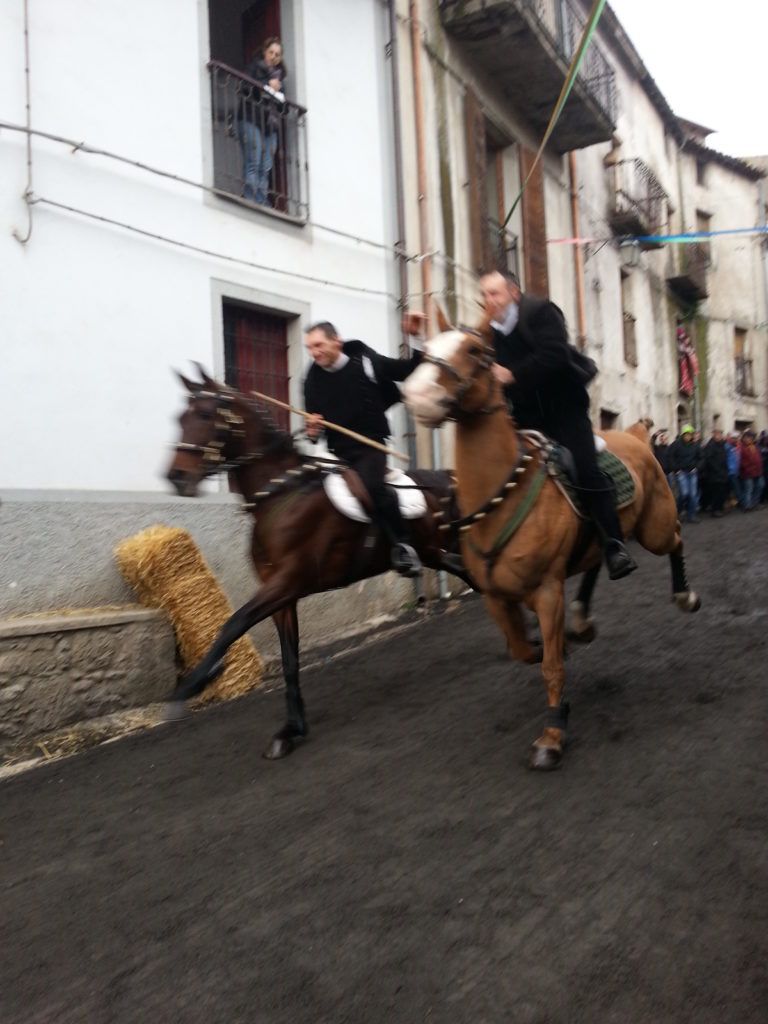 Monday afternoon has to be dedicated to the masks in lenzolu of Aidomaggiore, a small village in the Oristano province, near the lake Omodeo. Here, on Carnival Monday the mask is one, and is characterized by a white sheet that culminates on the head like a corolla. The face is covered by a mask that reveal absolutely no identity of the masked person. 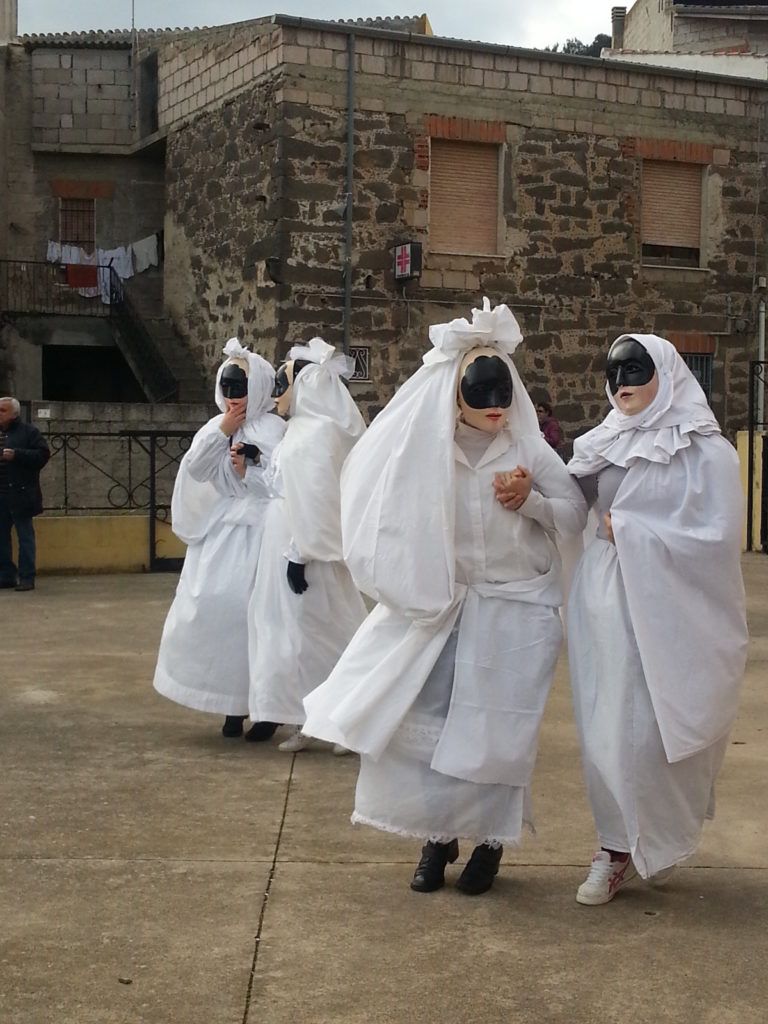 Tuesday is dedicated to Bosa and its Carrasegare osincu. In the ancient village on the river Temo, a very special, ironic and irreverent Carnival goes in full swing. 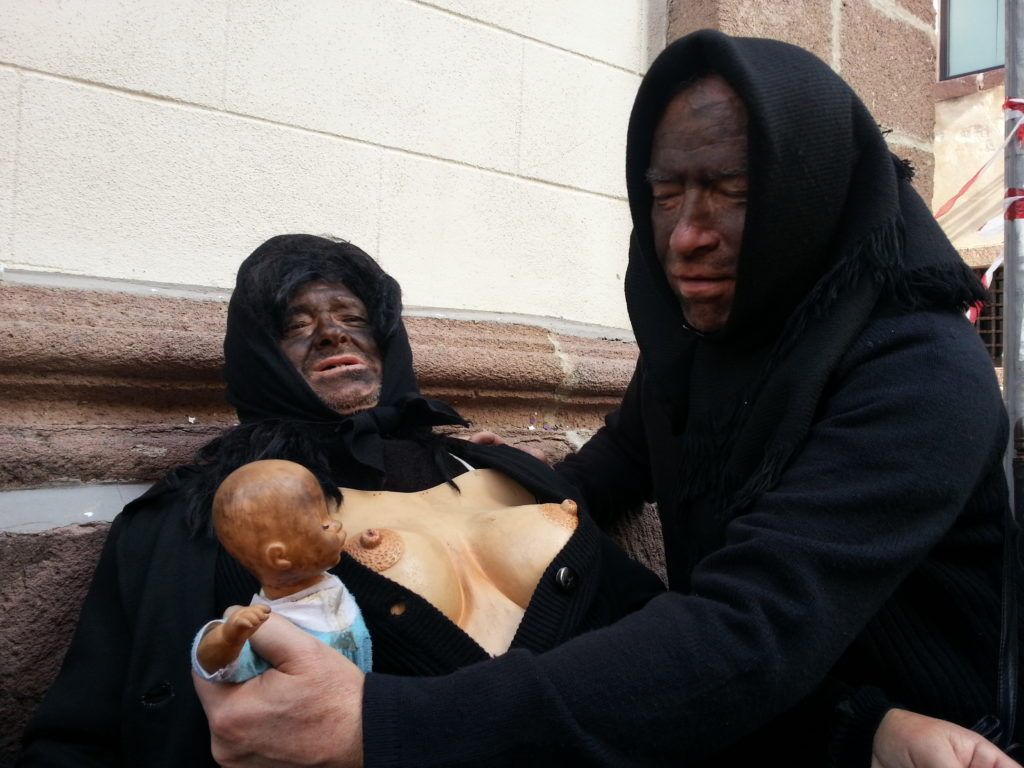 Tuesday is also the day that Fonni, in Barbagia, reserves for Urthos e Buttudos and Mascheras Limpias. Both masks are an expression of the carnival tradition of the highest village in Sardinia, but they offer two very different experiences. Elegant and graceful, sas Mascheras Limpias dance on the notes of the Sardinian dance, while they entertain with their impetuosity and unpredictable acrobatics. 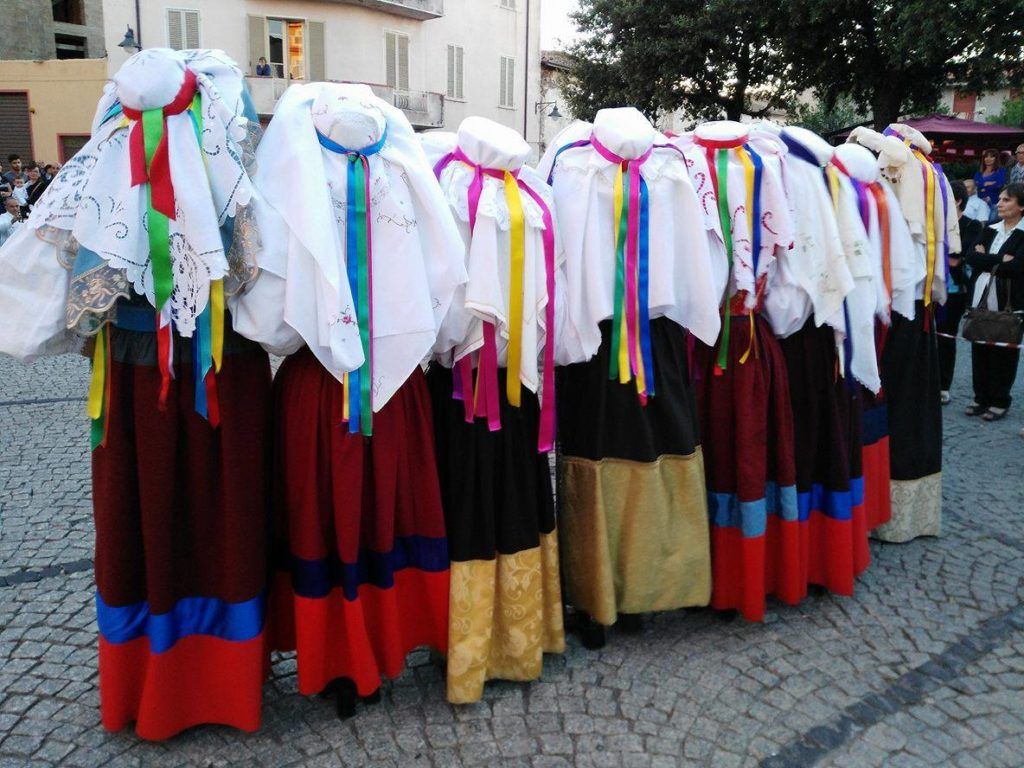 “Ash Wednesday”, no penance: we go to Ovodda. In this small village of Barbagia is celebrated the Carnival par excellence: Mehuris de Lessia pure and cheerful anarchy for a whole day. 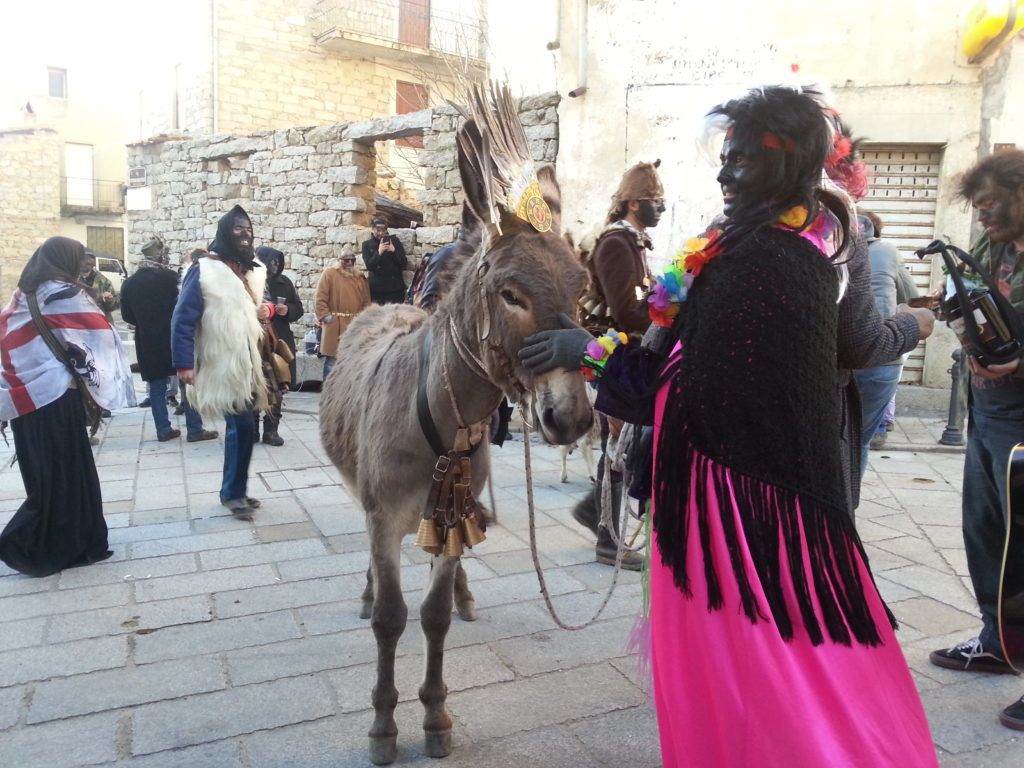