Skip to Content
Home Sardinia Sedini, a village of Sardinia that crawls into the rock and Elephant Rock

There is a small town of Anglona, in Sardinia, which is called Sedini. It has about 1,300 inhabitants and the first time that I ended up there was a day in August, one of those in which the light is so strong to bring you back in a postcard of the last century. Afterwards, I went back again and again, always discovering something new. The premise is that Sedini is a village different from the majority. Its diversity is in a different beauty of the natural surroundings in which is located the city centre.

An Elephant Rock in Sardinia

It is a village that crawls into the rock, that has risen molding itself to it. Very ancient, it seems that its origin is to be traced to prehistoric times. It is a few kilometers from Castelsardo, and on the road, which separates them, there is the famous Roccia dell’Elefante (Elephant Rock), Domus De Janas of the Pre-Nuragic period.

On the main street, stands, the majestic, which has been called the “Cathedral of the Domus De Janas“: a huge pure white rock, with a unique shape that, at present, is the base of the City; Ethnographic Museum. During the course of the centuries, it has served as various functions, including as normal residence. 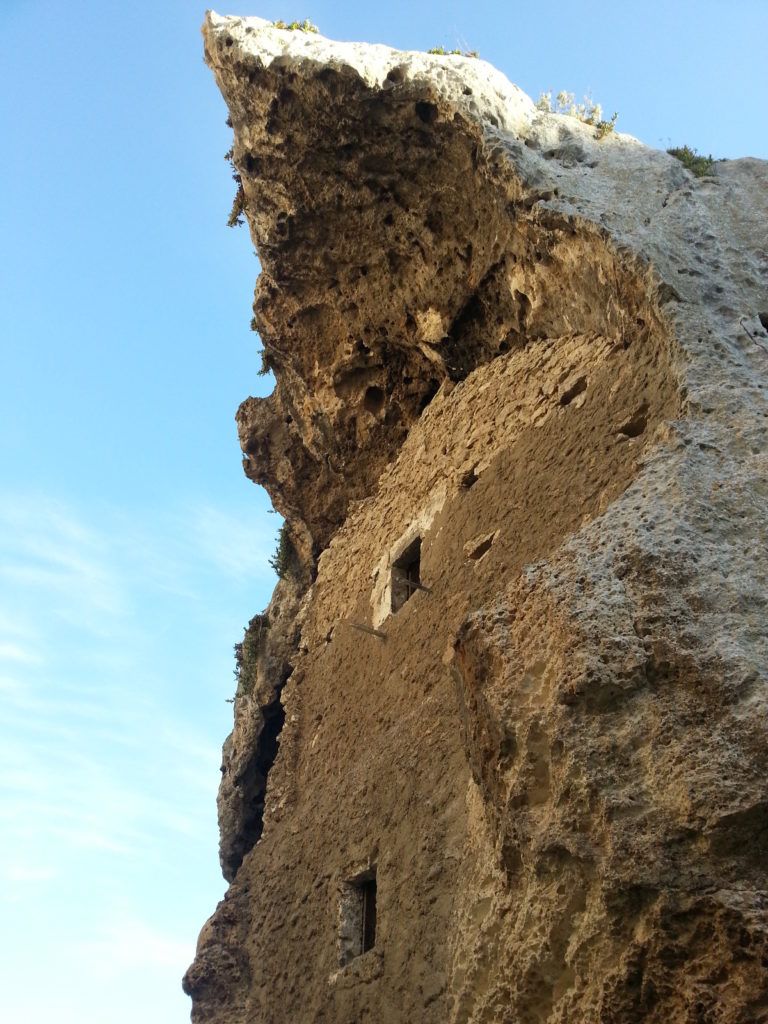 To discover the beauty of the village, it is necessary to delve into its inner streets. Walking through the garden that runs along the main road, turning the gaze to the buildings supported by a mighty rock; there is a staircase that climbs, cuddled between houses and rocks, creating fascinating, intimate views.

Here opens up a white arch, in which shows the turquoise of the sky, only to reveal a myriad of roads, streets, squares and plazas of decadent beauty. Many houses are deserted from years and worn by time, yet they retain a great charm. At the same time, however, it can be felt the latent energy that manifests itself in new renovations and transfers.

Suddenly our attention turns to Ms. Amelia: an elderly woman with white, curly hair, dressed entirely in black. She is busy taking care of the plants by the door of his house. She tells us about her husband Paolino: it is he who painted the murales on both sides of the pink house. He was a blacksmith, worked iron and had the ability to transform it into whatever he wanted. In the murales there is a detailed account of moments of daily life and Sedini ancient legends. There is his workshop, there are the women weaving the loom and spinning wool. There are the festivals nearby the church of San Pancrazio, in the Romanesque style, which stands on a hill, not far from the town. Among the various legends he made one immortal, dating from the seventeenth century, which is commemorated every year in August, in a small old town square. It tells of the thwarted love between two young people who met secretly in the village cemetery. A cousin of her, though, discovered the secret lovers and shot the boy, but the gun did not emit the bullet. The young lover, who in turn, armed, decided not to rage against the girl’s cousin. 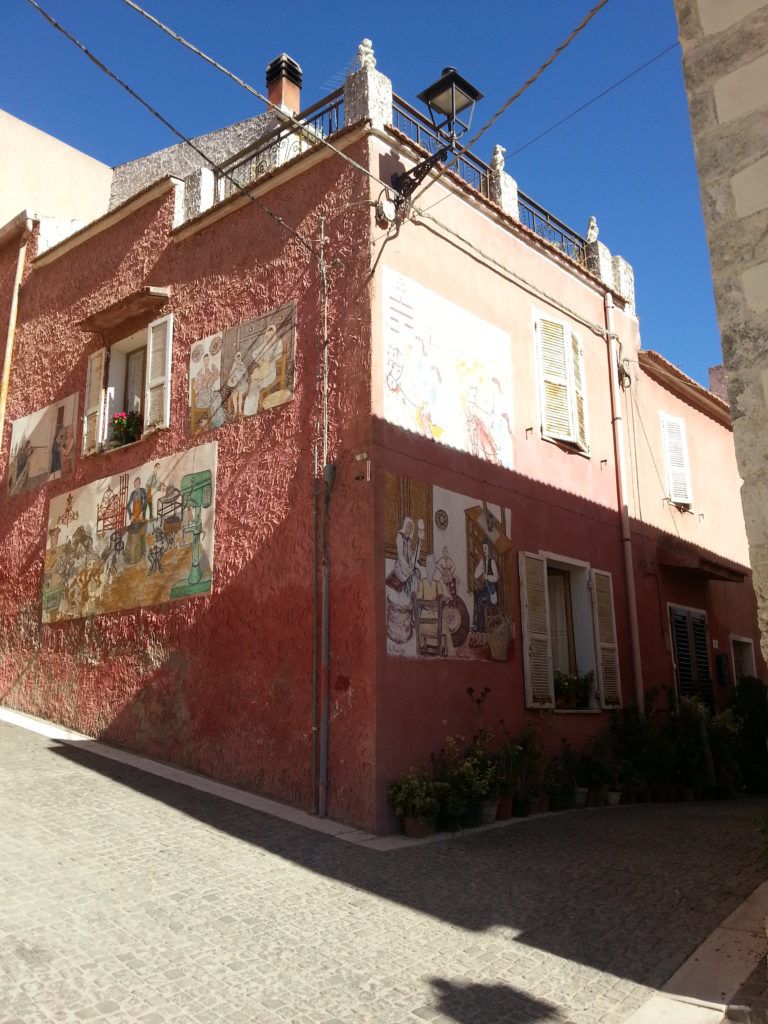 Just outside the town there is the Giardino Incantato (Enchanted Garden), a beautiful countryside set in a beautiful landscape, where Paolino Sanna carved rocks and stones and where, every afternoon, his wife Amelia welcomes curious visitors to admire its wonders. It is a garden full of generous fruit trees, flowers that color and perfume the spring. Set in the rock, there is a house of which seems as if it is there to bear it, and hereabout Mr. Paolino gave vent to his art with colors and chisel… 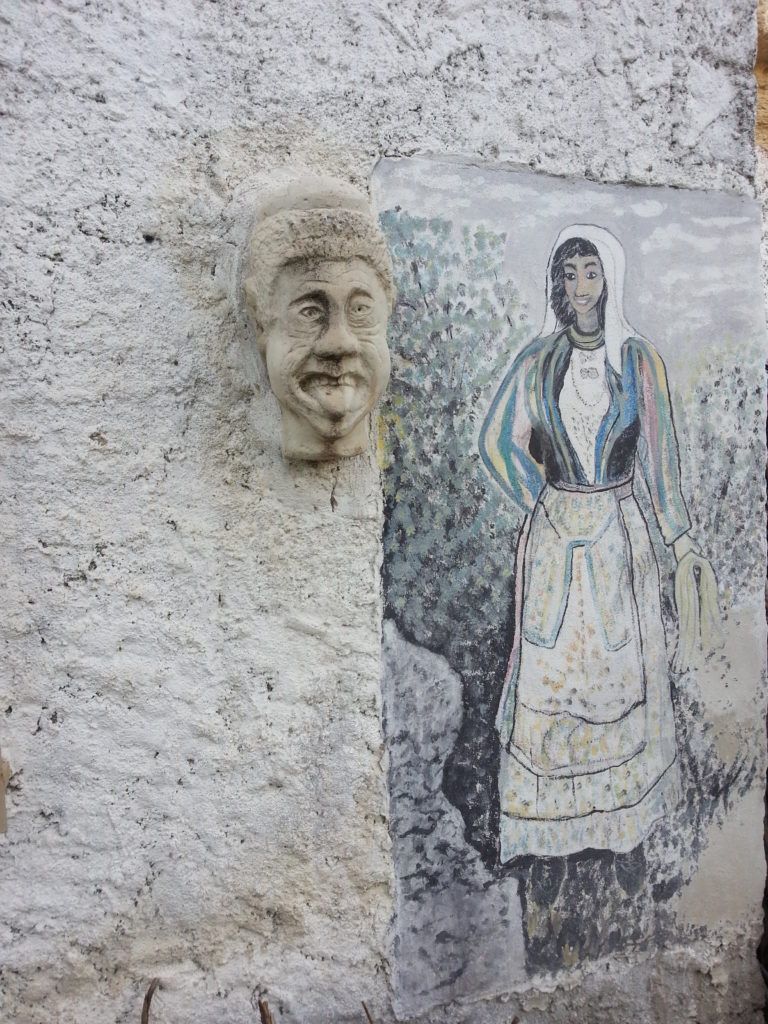 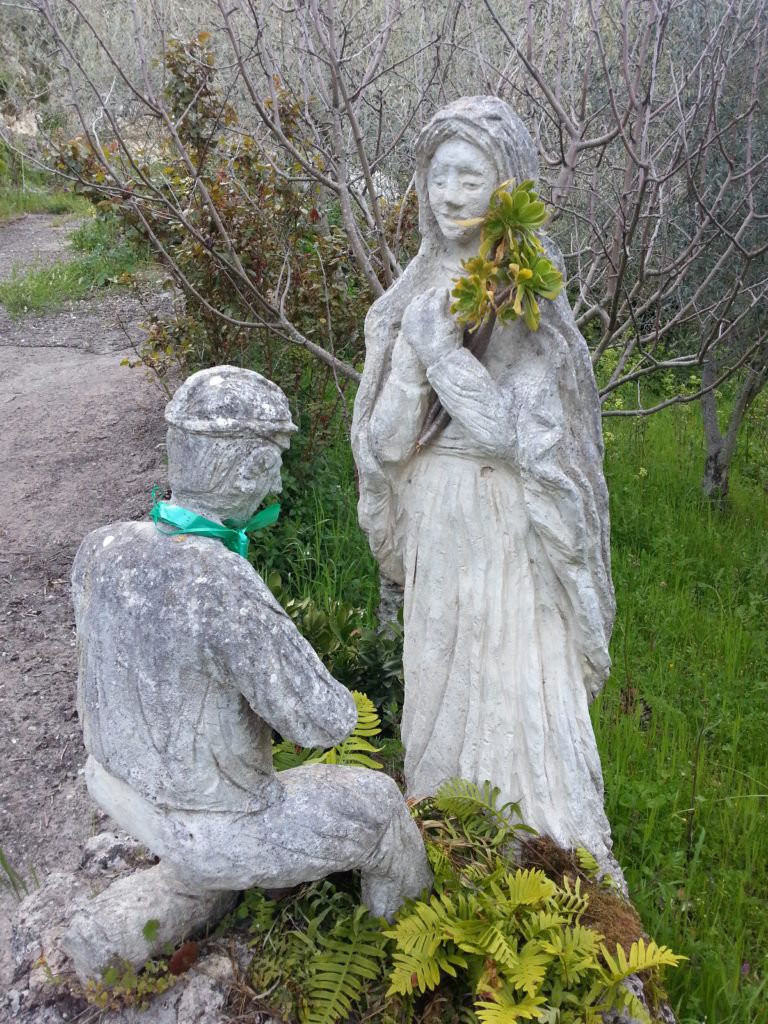 It is necessary to walk slowly so as not to neglect anything: many sculptures, in fact, are among the lush vegetation and numerous paintings, some faded, lurk around the corner… So it happens, that at every step there is often a surprising discovery, as had proved Sedini to be, every time one is lucky enough to end up there…