Sardinia is an island studded with villages, mainly small. The majority of them have existed since time immemorial, keepers of traditions, culture and strong personality. Until a few decades ago the Sardinians used to wear very beautiful and unusual clothes, different from village to village. Each of them had a clear difference between the woman’s daily dress, the bride’s dress and that of the widow. Although in some villages it is still possible to have the chance to meet men and women who wear the traditional dress, this habit has slowly fallen into disuse, leaving room for more comfortable and practical clothing.

How Special Is The Calvacata Sarda in Sassari

Each year, the third Sunday of May is a special day for Sassari, Sardinia‘s second city in importance and size. Thousands of men, women and children, horses, riders and amazons flock in its central streets to parade, wearing traditional clothing of their home villages. This is “La Cavalcata sarda”, an occurrence started in 1899 to honor the royal Savoy, arrived on the island for the inauguration of the statue of Vittorio Emanuele that, still today, is at the center of the beautiful Piazza Italia.

Since then, every year, is renewed what can be considered an actual reunion of the communities and people of Sardinia that show “how we were” in a blaze of colour, embroideries, fabrics, jewelry, gazes and smiles. And there are no photos or movies that are able to tell the true splendor.

Every look, every posture, every step, every dress carries the story of its origin, of its village, of the people that previously wore it. 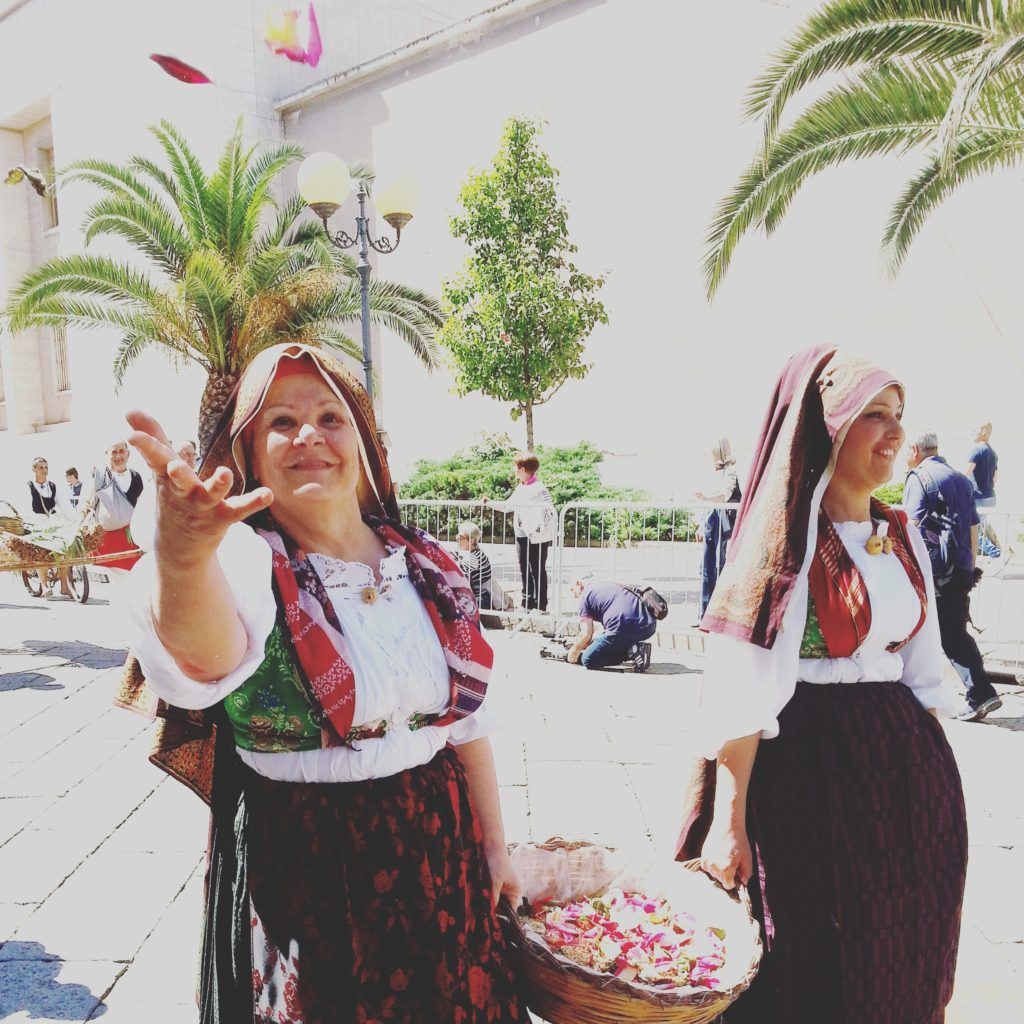 They are a collection of atmosphere, know-how, art. They are a precis of peoples that have met, known, conquered and impregnated themselves… Thence you perceive the taste of the African queens, the aftertaste of the Spanish ones, and that of the basin of cultures and encounters the Mediterranean Sea was. 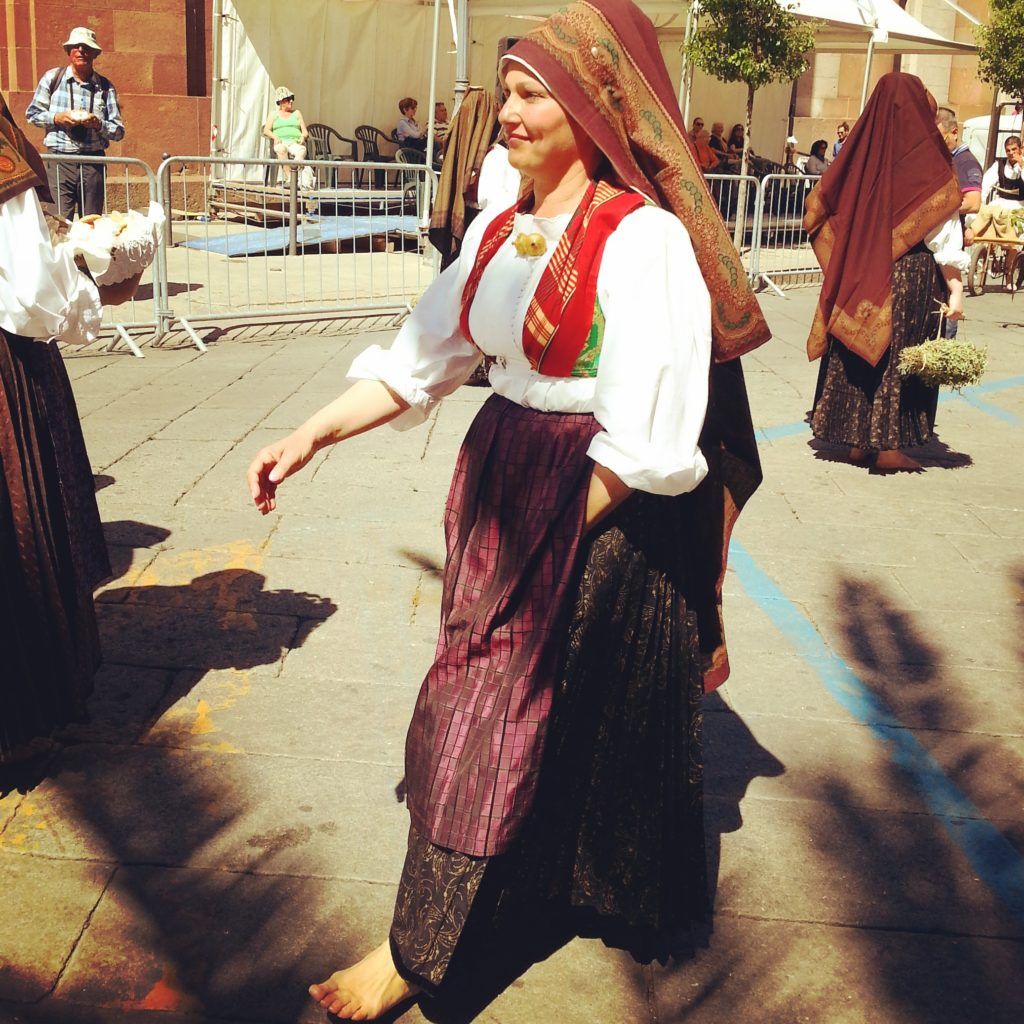 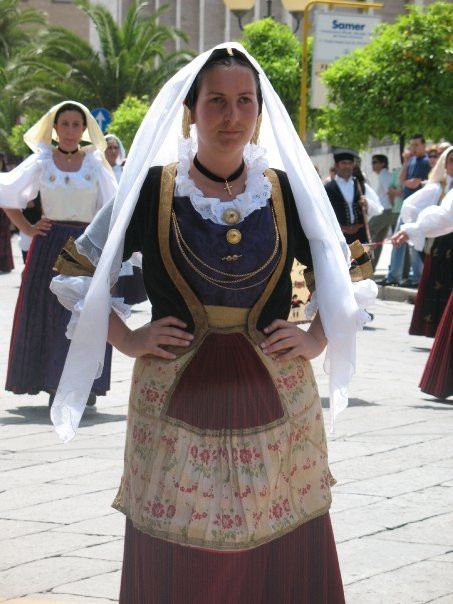 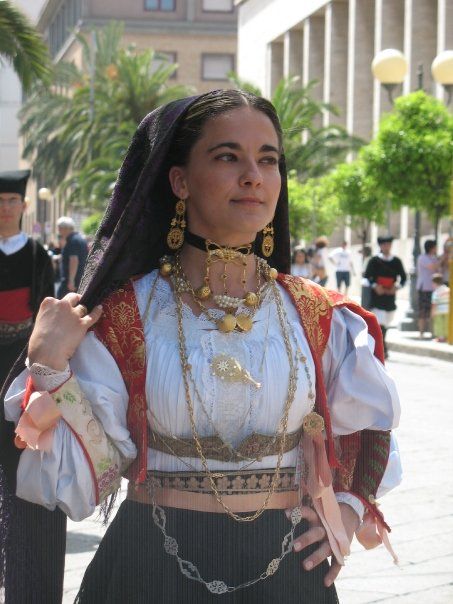 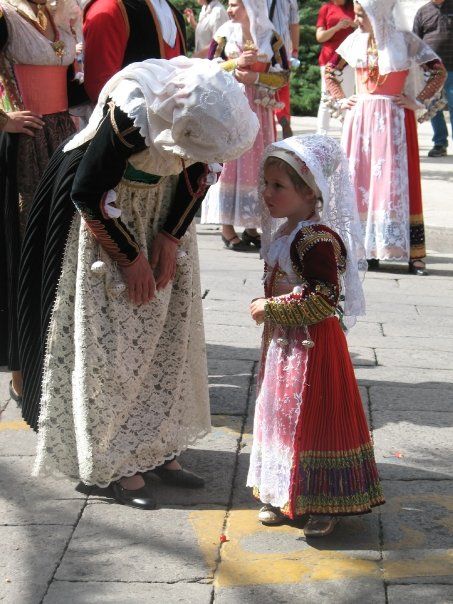 Attending the parade means to be flooded and overwhelmed by a river of beauty. A nation of enthusiasts, curious, tourists, that flock into the crush barriers delimiting the itinerary to admire the slow passage of what Sardinia has been; very rich and varied, intensely Mediterranean. A Sardinia of queens, in the broad sense of the term…

Then there are the sensations… I, for one, I have always dreamt to parade in the traditional dress of my mother village, but have never succeeded in, and who knows, maybe that dream is no more… Among the dresses that I love the most, there are those of the neighboring villages of Cagliari, of Cagliari itself, Oristano and Ollolai. I love the abundance of filigrees, the flashy jewelry, I love the delicacy and preciousness of the veils embroidered, I love the class, the femininity, the “divinity” of the women who wear them… A strong sense of exotic and known at once, combines many of the places that have shaped my life, and in which I am happy to find myself. If you are interest to attend the Calvacata Sarda, we can suggest you to spend some days in Sassari. We can recommend you a cozy b&b in Sassari city center, where you can stay just on the heart of the Calvacata Route!